The issue of hate crime

What is happening during the last weeks cannot be ignored. The history contains a lot of terrifying examples, related with hate crimes. Unfortunately, the issue again arises and it brings with it humiliation, anger and disappointment that we live in a 21st century and this still causes pain to so much people.

Hate crimes are criminal acts motivated by bias or prejudice towards particular groups of people. Examples of such groups can include, and are almost exclusively limited to ethnicity, nationality, religion, gender identity/sexual orientation, etc.

To be considered a hate crime, the offence must meet two criteria: First, the act must constitute an offence under criminal law; second, the act must have been motivated by bias.

The Organization for Security and Co-operation in Europe (OSCE) has given particular attention to hate crimes on the grounds that they are among the most serious manifestations of intolerance.

Regrettably very often people lost their lives because of someone else`s narrow-minded personality and cruel actions.

If we look around the world, we will see terrible news:

It is not needed to mention all of the brutality around the world to assure all of the people and especially those involved in the country governing that fast and efficient measures should be taken.

Consequences of such actions brings only devastating impact over the whole world – the human rights are violated and they are the most important. Hate crime victims can also develop depression and psychological trauma. A manual issued by the Attorney-General of the Province of Ontario in Canada lists the following consequences:

Those effects can be observed now in US especially and around the world and everyone sees the consequences they bring.

Quoting Theodore Roosevelt – Freedom means the supremacy of human rights everywhere – we must take in account the results if we do not respect them.

In the beginning is the proper education of every individual from very early age to respect all human beings because everyone is free and equal in dignity and rights.

In the end is the law. A hate crime law is a law intended to deter bias-motivated violence and to take appropriate measure. The country law should work without excuses and exceptions. If it does not work properly, in the end it will lead to crisis.

The public conscience is the law right now, Thomas Hobbes pointed absolutely rightly, because every one of us should have a dream … a dream to have dignified and free life.

What is Hate Crime 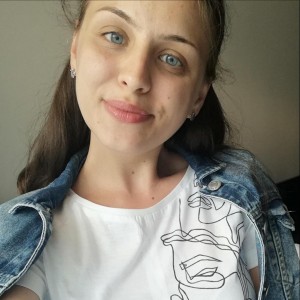 Every day is a new chance: what to do with it

“If we encounter a man of rare intellect, we should ask him what books he reads.” – R. W. Emerson